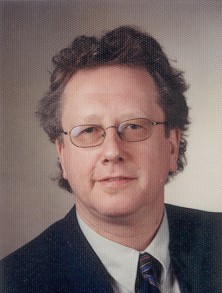 Christian Boit is the retired chair of semiconductor devices at Technische Universität Berlin (TUB), Germany, which he held until 2018. From 1986 to 2002 he was development engineer and later director of failure analysis (FA) for Siemens and then Infineon Technologies, respectively. He received the physics diploma and PhD in electrical engineering from TU Berlin. His capital research topic is the contactless characterization of electronic devices in operation. He investigates physical - mostly optical - interaction with the operational activity of electronic devices of all kinds, with a clear focus on silicon-based Integrated Circuits (ICs). This topic is essential for 1st silicon debug in product development, for FA in general and last but not least hardware security. He is a pioneer on photoemission. He explores the chances and limitations of the mandatory signal access through chip backside for nanotechnologies. He re-established E beam probing on ultra-thin back surface after supporting strongly Focused Ion Beam micro-surgery techniques for chip backside access.
Prof. Boit has contributed to books, is author of numerous invited and altogether more than 150 publications and contributions to international conferences on various topics of technology and electrical/physical analysis of semiconductors. He received 7 best paper awards and 1993 the VDE-award in Frankfurt/M. He is presenter, tutorial lecturer and committee member of the most relevant rerspective conferences worldwide for more than 25 years. In 2018, he received the President’s Award of EdFAS. He cofounded the FA society EDFAS in 1998 and the European FA network EUFANET. He served as General Chair of the US conference ISTFA 2002. In 2014, he chaired and conducted the European ESREF held in Berlin. Chris is a member of IEEE, VDE (German society of electrical engineering) and acatech, the German Academy of Science and Engineering.

CFI needs to access the circuit activity through chip backside, so today in the preferred near infra red (NIR) regime, optics is the interaction medium. IoT related product requirements like power reduction, miniaturization and speed increase make the CFI innovation increasingly disruptive. This presentation is discussing examples how CFI community matches the challenges of IoT circuits with optical probing in visible regime, photon emission in extended NIR and backside e beam probing. 3D circuits will even be more challenging. The reason CFI innovation is presented on a hardware security conference is the “dual use” of not being only good for IC debug. CFI is exactly what hardware attackers are taking advantage of as well. They can take the solutions from the shelves of CFI development. Inadvertently, CFI community, by developing the solutions for their problems, acts as trailblazers of the IC hardware attack. Their ability to track signals even from the smallest geometries and the lowest voltages of the technology roadmap increases the security risk. This presentation is a warning: there will never be an IC technology that disables CFI. CFI techniques will not be outdated at at a certain technology node level. The only countermeasure is a valid protection concept. Ideas for that will be presented as well.